Posted by Robert Enders at 7:12 AM No comments:

Email ThisBlogThis!Share to TwitterShare to FacebookShare to Pinterest
Labels: Rivertown 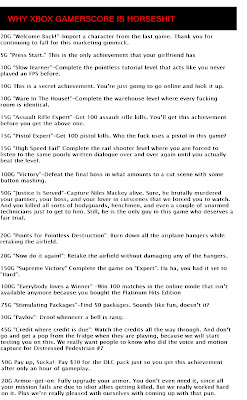 Posted by Robert Enders at 1:30 PM No comments:

I will post this comic here on a weekly basis. If I can't get rich off of this, I'll be content with having created a meme.
Posted by Robert Enders at 2:24 PM No comments:

Email ThisBlogThis!Share to TwitterShare to FacebookShare to Pinterest
Labels: Rivertown

What's in a name?

In spite of popular support, city officials refuse to name the new city-county building after former mayor Harry Baals. I personally don't care what they call the new building as long as it's a name that is sufficiently different from other nearby buildings. But apparently some are worried that the building will become the butt of jokes about unshaven testicles.

Some observations to consider:
1. Baals is pronounced "bales".
2. If a man can grow up with that name and go on to become mayor, there is no reason that a building can't have that name.
3. Nobody seems to have a problem with Interstate 69 or the phrase "going down on Clinton" when referring to driving south on Clinton Street.
4. If people are so afraid of the word "ball", why not change the names of certain sports? How does "basesphere" sound to you?
Posted by Robert Enders at 3:28 PM No comments: